a review by the Vulture. 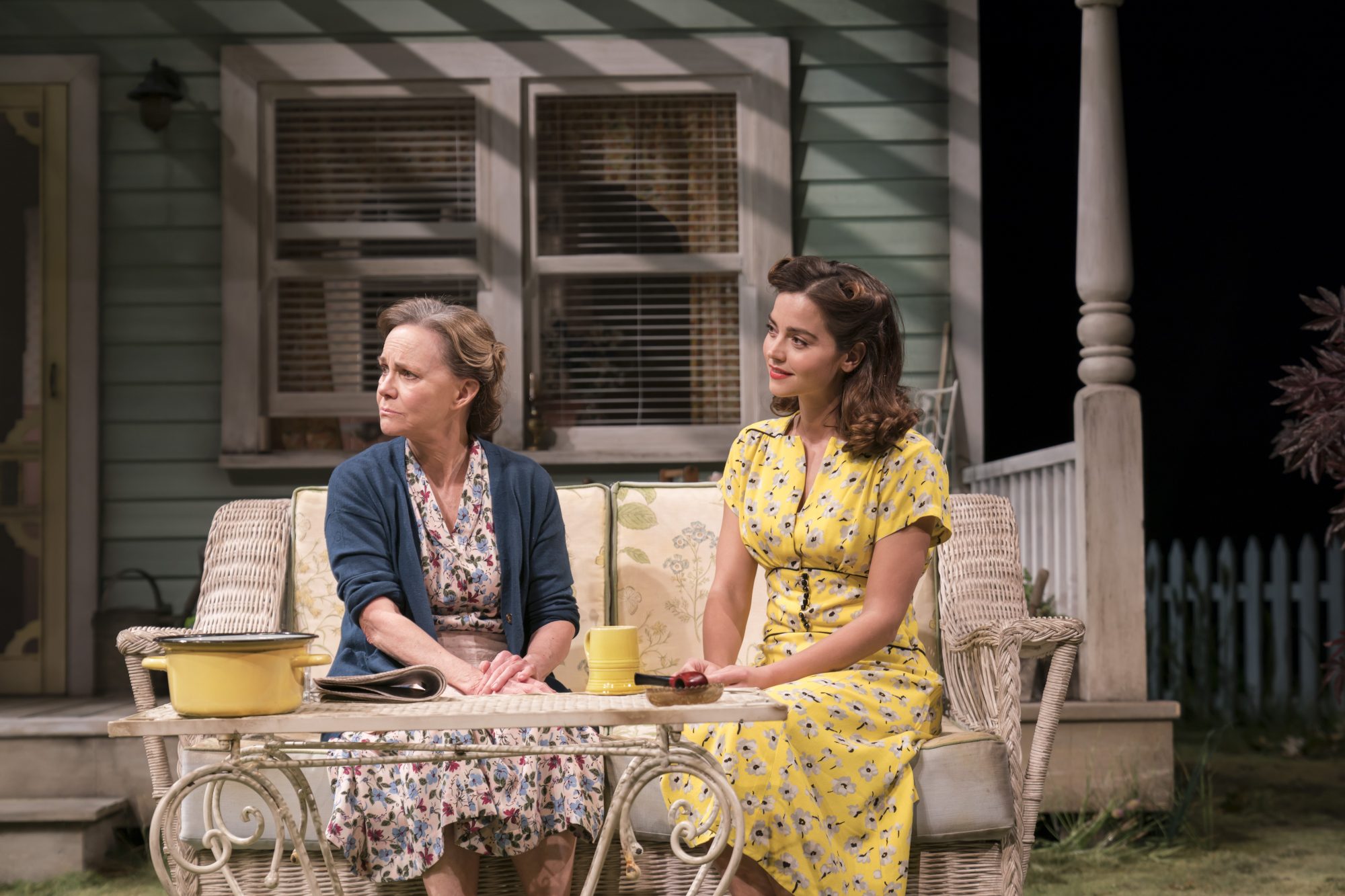 All My Sons is, in my opinion, one of the most relevant plays I have reviewed since taking over the theatre section of The Corvid Review. And like most plays of this nature, its relevance comes from being timeless. It is, like most of Arthur Miller’s plays, about the nature of American society; and in this particular play, the moral dilemmas of living in such a society.

The plays begins by introducing Joe and Chris Keller. Joe (played by Bill Pullman) is a middle class, successful businessman with a working class background, living in a small town in an unmentioned state. His son Chris (Colin Morgan) is a veteran of WWII, having been home three years and working in Joe’s shop. At first glance, Joe appears to have the ideal middle-class life. However, it is soon discovered that the family has a dark history. Early on in the play we discover that Chris’ brother, Larry, who we never see, has been missing in action for three years and is presumed dead by all except Joe’s wife Kate Keller (played fantastically here by Sally Field), who mixes the character’s blind optimism and delusion, with the right amount of guilt and menace. Kate is convinced beyond all reason that Larry is alive and will return home. This does not bode well for Chris, who plans on asking Larry’s bereaved fiancé Ann Deever (played here by Jenna Coleman) to marry him. Ann’s motives are purposefully unclear but she is clearly enthusiastic about the proposal.

From here there will be huge spoilers, as it is impossible for me the talk about a play this nuanced without referencing certain twists. If you want to know my personal feelings on the production without spoilers then scroll to the final paragraph. 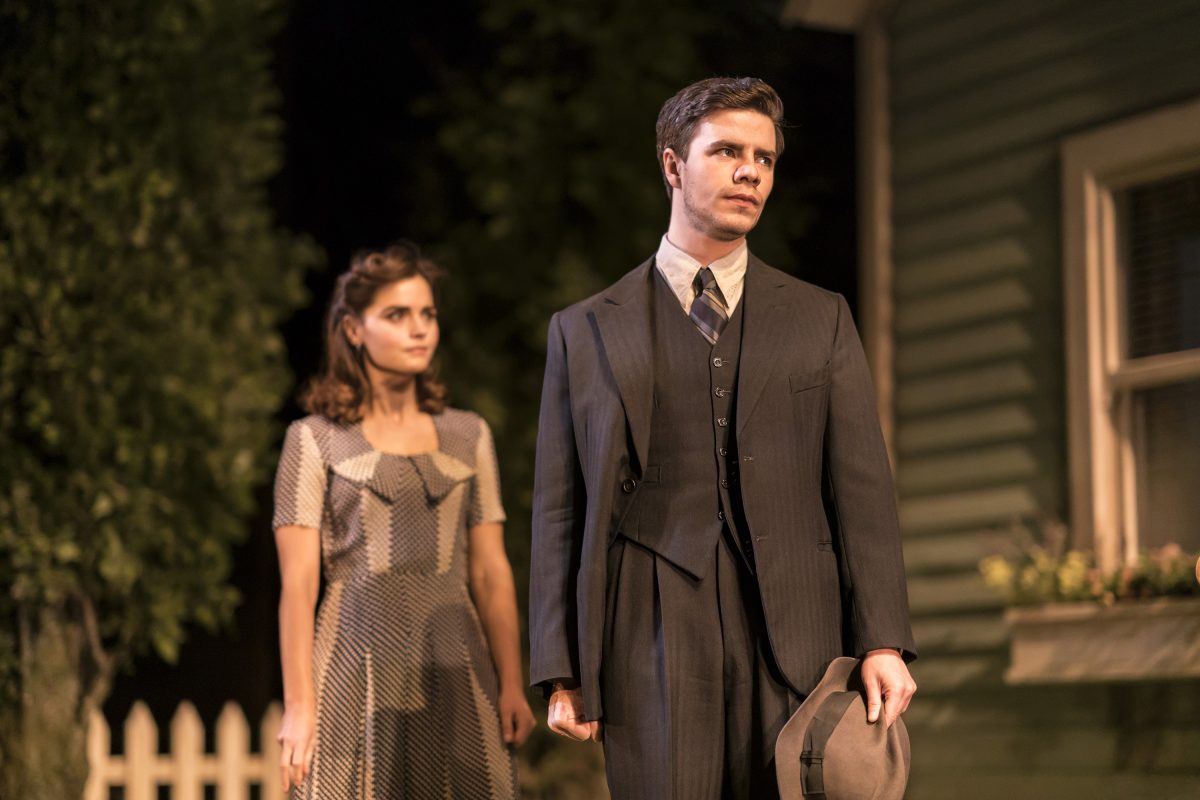 The big plot point which carries the play highlights the moral ambiguity all of our characters have. It is discovered, fairly early on, that Ann’s father Steve Deever — who we never see — previously worked in Joe’s shop as his partner. He is, however, at the time of the play, serving a prison sentence for knowingly shipping out faulty Aeroplane parts to the military, which subsequentially lead to the deaths of twenty-two American fighter pilots. Joe claims that, at the time, he was suffering from an extreme case of the flu, and knew nothing of the faulty parts; however he has long been suspected of being involved. Ann has all but disowned her father and refuses to even write to him in prison, whereas Joe is surprisingly forgiving of Steve’s actions, and even plans to give him a job in his shop upon his release. When Kate finds out that Chris has proposed to Ann, and she has accepted, she becomes distraught, still unquestioning in her belief that her son is alive.

Around this time, Ann’s brother, George “Georgie” Deever (Oliver Johnstone) visits, and, not only insists that Ann not marry Chris, but also accuses Joe of being complicit in the shipping of the damaged parts. George claims that Joe spoke with Steve on the night of the event, and knew about the damages, but told Steve to ship them out regardless, Steve being referred to as a “timid little mouse”. He claims “you can’t prove a phone call in court” and becomes angry and abrasive. Through various interactions Chris comes to learn that, in fact, his father did know about the faulty parts, but was afraid of bankruptcy and too embarrassed of the failures; so he ordered Steve to ship the parts out and lied about the incident in court. This is further cemented when Ann reveals she has been hiding a letter, from Larry to her, claiming that, after reading about the incident in the newspaper, he was going to intentionally get himself killed in a mission, rather than face what his father has done. With this revelation Joe is left with the options of turning himself into the police, or never speaking to his son again. With this in mind he commits suicide, and the family is left in disarray. 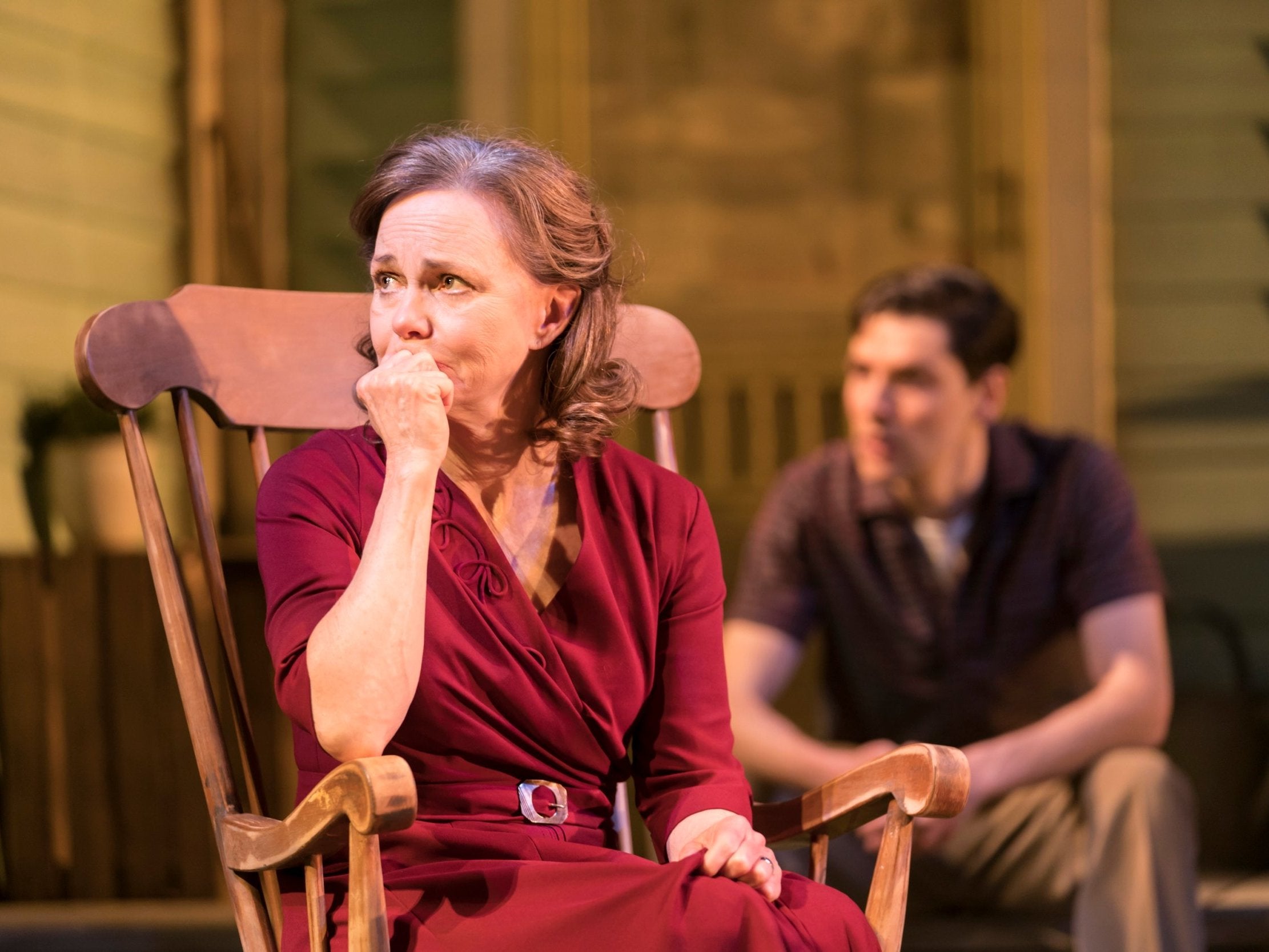 The title of the play is more or less a summary of the overall message. “I know he was my son. But I think to him, they were all my sons”. Each character is an archetype of a different sect of American society. Joe is pragmatic and business driven, and is also a family man, who believes his responsibilities are to his family and only to his family. The excuse he uses to justify his action is that he was “doing it for his family”, and to give them a better life. He comes from a working-class background and describes being “put out to work when [he] was ten”; this has led him to see the world as immoral and harsh. As such, he believes it is better to be a cog in the system for your own benefit, than to keep any sort of moral conviction.

Ann also shares similar traits; she is an unmarried woman in the 1940s and, as such, has very little in the way of financial or societal security. It is never made clear as to whether she has genuine feelings for Chris, or if she sees the proposal as a way to obtain security and leave the chaotic life she comes from. What we do know is that from the beginning of the play she is aware that Larry is dead and that he has killed himself as a result of his father’s actions. Despite this she hides this fact the family, and only reveals the letter to Kate as a last resort when she fears Kate will get in the way of the marriage. Even as huge revelations are made, she has no concern for anything other than ensuring that she still obtains the security of marrying Chris; something that is ultimately left vague.

Joe and Ann are both representative of the ideology of the American dream; both characters who pursue their goals through whatever means they can, and are quite happy to ignore injustices, or even be complicit in them.

Chris, on the other hand, is naïve and idealistic about the world. He suffers from survivors’ guilt, after being the sole survivor of a mission he led in the war, and idolizes his father, believing him to be morally superior to others, presumably because of the way he cared for his family. When he discovers that not only the world, but his father, are far more merciless and uncaring than his limited experience has led him to believe, it virtually destroys him; “I know you’re no worse than most men. But I needed you to be better!”. He ditches his calm and responsible nature and becomes a screaming wreck (at least he should).

Finally, Kate is representative of the willingness of many members of society to be purposefully deluded to what they know is wrong in order to maintain their comfort. Kate has known about Joe’s involvement in the incident since the beginning; and yet, not only has she covered for him, but we later discover that her insistence that Larry has survived is not because she misses him, as we’re initially led to believe, but because she cannot bring herself to accept that a father could be responsible for his son’s death. As she puts it, “there’s a god! And when there’s a god, certain things can’t be”. Like Joe, she realizes that this is not a viable way of life, as the reality of their situation eventually reaches them. Both Kate and Joe come to accept that they have a moral responsibility to those other than their own family, hence why Joe realizes that the pilots who were killed were “all my sons”.

The production itself was not one of the strongest I have seen of this play. Colin Morgan and Bill Pullman constantly seem as if they are holding back, even in scenes where characters should be furious and passionate. Jenna Coleman and Oliver Johnstone seem to suffer from the same flaw, with Johnstone’s being particularly noticeable, as George is intentionally an intensely passionate character, and yet at times he seems almost passive; this leads me to believe this was a directorial choice and not a reflection on the actors talents – particularly as I know these actors have all given good performances in other roles. That being said I never got the sense that Jenna Coleman understood the depth and complexities of the character she was playing, and at times felt somewhat one dimensional. The blocking certainly did not help; there are several moments where actors stand completely static during intense and action heavy scenes. Sally Field, as I said previously, does a fantastic job balancing both the dubious and the vulnerable elements of her character. The source material holds up to this day and is not overshadowed by the blocking problems, but they are still present, which is why my rating is as follows: 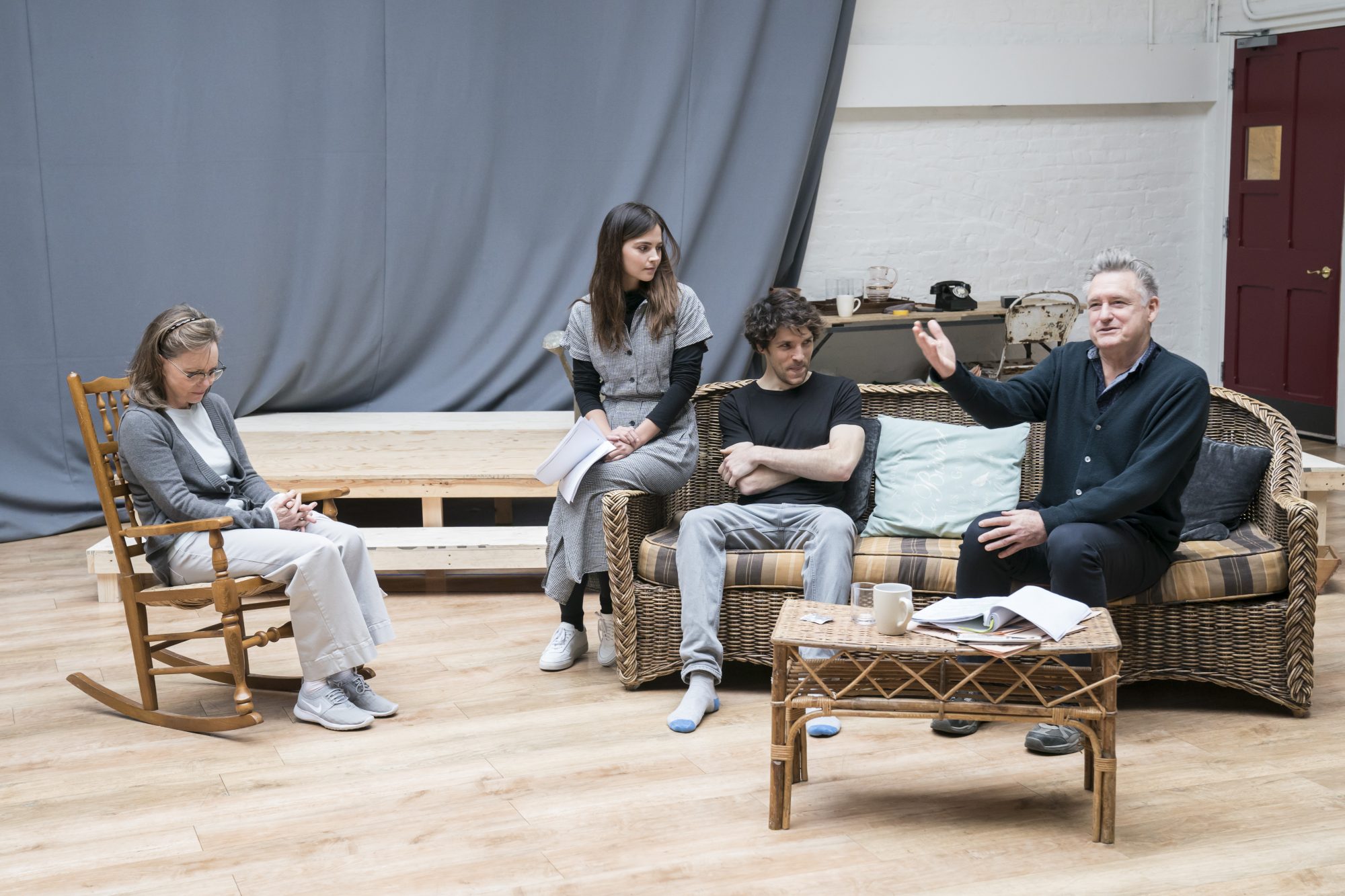 Published by the Vulture | The Corvid Review

Actor. Writer. Professional arsehole. View all posts by the Vulture | The Corvid Review